Airbnb is legal (to dispel any possible doubts)

Over breakfast today, the news reached us that Airbnb has won the contentious-administrative appeal filed against the penalty order by the Directorate General of Tourism of the Government of Catalonia, dated 16th July 2014, issuing the maximum fine of € 30,000.

The context is that of the first fine levied by the Government of Catalonia on Airbnb due to considering it provides tourism services without holding the relevant licence, ordering the platform to cease its activity, warning that coercive fines would be imposed if it did not do so. The actual fines were issued two months later, by virtue of the Resolution of 2nd September 2014, amounting to € 1,500. Airbnb responded with an appeal for reversal against the Resolution which was turned down on the basis of the Resolution of 24th October 2014. Airbnb then decided to extend the object of its contentious-administrative appeal to cover that refusal Resolution as well.

The judgement was handed down by Contentious-Administrative Court no. 11 of Barcelona on 29th November 2016 and its finding concerns whether the administrative act of penalisation by the Government of Catalonia complies with the law or not.

Juridical nature of the activity by Airbnb

To do so, it begins by analysing the juridical nature of the activity by Airbnb, to rightly conclude that it performs commercial brokerage, as “the platform provides the means for a brokerage service that gives rise to escrow and payment of the price paid” and that “the reservation management, price setting and precise specifications of the use of the homes rented is established by their owners”.

As we have always insisted in these articles, “pure” collaboration platforms – and that is what Airbnb is – fulfil a role that is completely outside the scope of the civil contract established between private individuals, as it is not involved in, nor is party to either their object, nor the consent or cause thereof, all of which are essential elements to configure the contract entered into between private individuals, by virtue of Article 1,261 of the Spanish Civil Code.

Now it is precisely that fact, of “performing a technological or computer process of bringing together the client (user) and person willing to assign temporary use for a price”, that the Administration issuing the penalty identifies as a tourism activity, and that the Court finally found not to be such as, when appraising how it fits the definition of the activity provided under the Catalan Tourism Act, it emphasises that the work by Airbnb is “solely that of providing a digital open space for communication for which it charges a commission”.

Conclusions of the Sentence

To sum up, the Sentence admits the contentious-administrative appeal filed by Airbnb and annuls the penalty imposed by the Government of Catalonia as it considers that:

This Sentence undoubtedly constitutes a valuable precedent for Airbnb and all other collaborative platforms, from which highly relevant conclusions may be obtained:

The issue of collaborative economy regulation

However, one cannot end analysis of the Sentence without quoting the reference the Judge makes to the lack of regulation of collaborative economy, to the extent that he bases his finding on emphasising the lack of sufficient juridical grounds provided by the Government of Catalonia, pointing out that the “lack of regulations is proven even by the Administration sued itself when it bases its penalty order on the statement that there is no proof of who manages the web page content and relation with the users; that is, in this clearly commercial process, offering brokerage is not linked to the demand for a specific tourism licence that has been identified by the Administration.” At another moment, it adds that “indeed there is a shortfall in the regulations regarding this new consumer phenomenon (performed up to present occasionally, residually and in quite limited specific scopes) that may not be supplemented by imposing a penalty when it has acquired the status of an “industry”, but rather, by dealing decisively with the matter. We must conclude that the respondent performs a specific economic activity that is not regulated under such terms that one may affirm that the regulations are flagrantly breached, as required when imposing penalties, in which the principle of precise definition is imperative under the Spanish Constitution.”

The truth is that nowadays we do not have global regulations that are specifically designed to regulate the phenomenon of the collaborative economy, and that the few regional by-laws handed down in that regard have been declared null (such as the requisite of five nights minimum stay in Madrid Decree 79/2014, of 10th July, annulled by the High Court of Justice of Madrid in June 2016), or at least its legality was questioned by the defence of competition authorities.

However, it is not less true that the national laws are inherently complete, so that even though punctual lacunae may exist in the legislation, there may never be a lacuna in Law itself, as that is what juridical interpretation of the laws exists for, and recourse to other sources of Law. As an example, it is sufficient to state that our Spanish Civil Code dates from 1889 and it has survived numerous realities that were novel at their time, adapting to them all and providing sufficient juridical bases to attend to the underlying issues raised.

Our column does not propose a profuse regulation for the collaborative economy, but rather:

The guidelines given by the European Commission

We thus have guidelines from the European Commission itself to interpret the regulations in force and adapt them to the reality of the collaborative economy. These guidelines state, among other matters, that “a collaborative platform that offers services in the short let sector may only provide information society services and not the accommodation service too if, for example, the provider of the accommodation service sets its own prices and the platform does not own any of the assets to provide the service. The fact of the collaborative platform also being able to offer insurance and user classification services need not alter that conclusion.”

To sum up, we believe that the discussion in the courts must not concern whether regulations are lacking, but rather what existing regulations must be applied and how their application must be carried out. The sentence concerned is clear in that regard: Airbnb does not require a specific licence to operate, and thus not holding such a licence does not comply with the offence classified under the tourism legislation of Catalonia, so it cannot be subject to penalty.

We believe it is even less appropriate for a judicial body to provide ideas regarding the way in which such regulation might be adopted. Might it not be overstepping its remit? To sum up, would it not be committing that very act it previously rejected: for a power of the State to usurp the functions of another, in this case the Judicial Power aiming to act as Legislative Power, by recommending specific ways to legislate reality (after having warned the Executive Power against usurping the functions of the Legislative!)?

In any event, this sentence provides an important progress for the collaborative economy, and a warning for the Public Administrations who overstep the mark, infringing the rights of platforms and citizens. 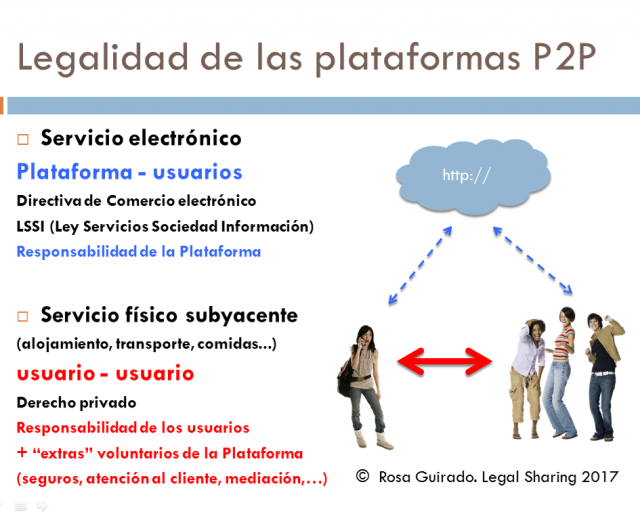 Do you really know how collaborative platforms work? 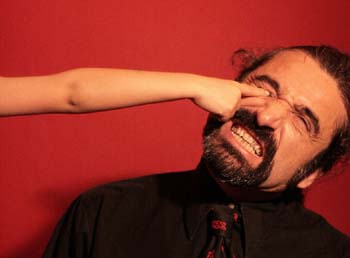 Discussing unfair competition is in fashion

Any cookies that may not be particularly necessary for the website to function and is used specifically to collect user personal data via analytics, ads, other embedded contents are termed as non-necessary cookies. It is mandatory to procure user consent prior to running these cookies on your website.