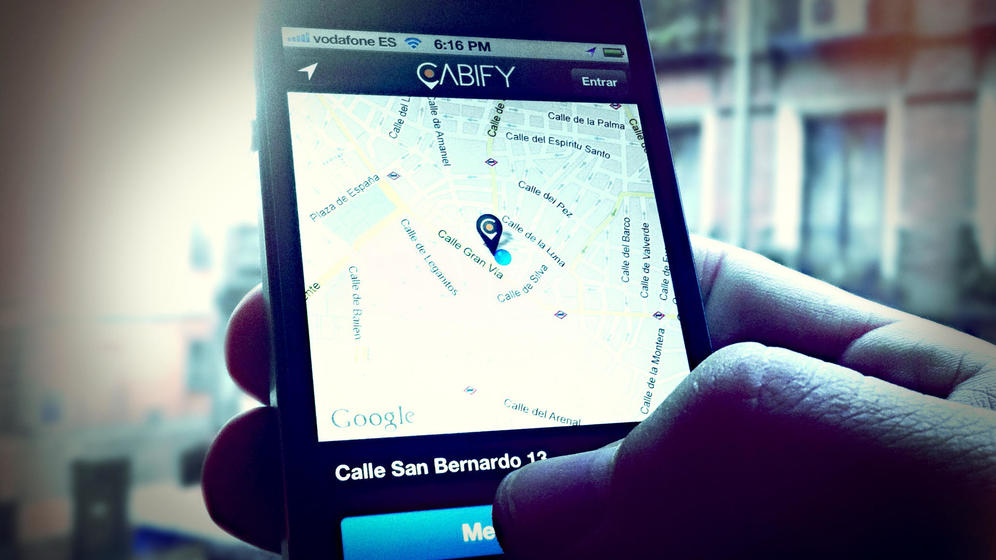 On 13th June 2017, Mercantile Court number 12 of Madrid handed down a judgement that refutes the claim that Maxi Mobility Spain SL, owner of the Cabify platform, performs unfair practices by breaching the passenger transport rules for vehicles with VTC (vehicle with driver) licences and auto-taxi vehicles.

Three relevant sentences regarding online platforms have already been handed down in recent months.

Key points of the Judgement

(3) Resolution of the matter the debate concerns, as a “simple judgement”, in the words of the Mercantile Magistrate himself, that covers three points:

Summary of the Judgement

There are five grounds of law in this sentence:

GROUND OF LAW TWO offers an interpretation of the two principles of land transport the compliance dispute concerns: Article 182 ROTT and Article 23 of order FOM/36/2008. Both principles prohibit, on one hand, holders of VTC licences from driving around public thoroughfares insearch of travellers, or to collect travellers who have not previously booked the transport service.

GROUND OF LAW THREE offers a highly interesting interpretation of Article 15 of the Unfair Competition Act (LCD), persuant to a judgement by the Supreme Court of 17th May 2017, by virtue of which (1) “the grounds of both sections of Article 15 LCD have a common principle: repression of obtaining significant competitive advantages by infringing the regulations”. (2) In particular, the object of Article 15.2 LCD would not be repression of actual breach of the actual regulations, but rather repression of the damaging effects that such infringements would have on the market. And (3) concerns  – as it cites the Supreme Court and records in this judgement – a restrictive interpretation that must be made of Article 15.2 LCD according to the specific circumstances of the case concerned.

GROUND OF LAW FOUR is the key one to reject and refute the claim of conduct causing unfair competition by the company that owns Cabify. This ground of law is based on evaluation of whether an offence of unfair practice by the platform arises and, in the words of the actual Magistrate, it is a simple judgement (which, however, clashes with ground of law five, as we shall see further on).

Three aspects come to light in this ground of law:

Regarding the first point, one must emphasise that the obligations are not imposed on the intermediation platform, but rather on the holders of the transport licences and literally “may not claim of the application attracts any liability due to the fact of holders of VTC licenses being able to breach administrative regulations”. “Even when the regulations may have been breached by the drivers, that would not cause the company that owns the platform to be charged with another administrative offence”. “No regulation governing intermediation activity, assignment of services or their billing has been breached directly”. This last reference covers everything that constitutes the definition of the online platform service, to conclude that the platform has not breached any of the regulations applicable to it.

With regard to the second point of failure to prove infractions by VTC drivers, the Judgement emphasises that “there is a lack of grounds, even of fact, in the claim” and in the words of the Magistrate himself “the proof is absolutely inconclusive with regard to the actual holders of VTC committing the administrative offences it is intended to charge the manager of the platform [Cabify] with”. “There is no proof of the offence of driving around to seek clients, nor of facilitating attraction of travellers by the holders of VTC licences, not even when they are not parked at the registered office of Cabify”. Article 23 of Order FOM/36/2008 does not mean that the parking place must be the tax domicile of the platform owner, nor that when one leaves the parking place, one need to carry a route map to provide subsequent services.

Thirdly, even if the holder of the VTC licence had committed a breach of an administrative regulation, it is not proven that Cabify has obtained any kind of competitive advantage over its competitors on the market. Thus, there is one of the essential findings of this judgement: Cabify’s competitors on the market are not holders of taxi licences but  – literally as stated by the magistrate – the telematic applications that act as intermediaries in discretional traveller transport.

However, GROUND OF LAW FIVE argues “serious legal doubts”, on the basis of a doctrinal article in the Journal of Mercantile Law that interprets that Uber, UberPOP (that has not been in operation since 2014) and Lyft (that does not provide services in Spain) would infringe competition activity, thus concluding that it is not appropriate to award specific costs to either of the parties.

We consider that pronouncement to be striking indeed, not just because the examples referred to are not practically applicable, in their majority, to the case (UberPOP, Lyft, …), but also as there at least three moments when the Magistrate warns, throughout the sentence, that it is a “simple judgement”, that “grounds are lacking, even those of fact, in the claim”, or that “the proof is absolutely inconclusive regarding any illicit act having been committed”.