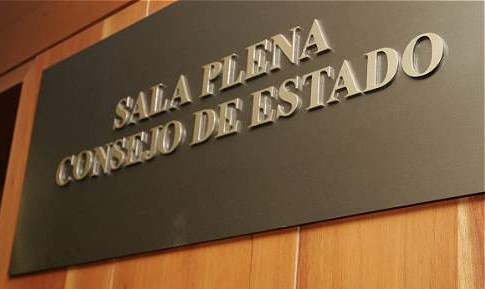 On 2nd June 2016, the European Commission issued a Communication called “A European agency for the collaborative economy” that had already been announced in October 2015, and in which it proposed the following as tax measures to be adopted by the Member States:

The proposal of the European Commission on Taxation:

In this regard, Member States should aim at proportionate obligations and a level playing field. They should apply functionally similar tax obligations to businesses providing comparable services. Raising awareness on tax obligations, making tax administrators aware of collaborative business models, issuing guidance, and increasing transparency through online information can all be tools for unlocking the potential of the collaborative economy.

Information about national tax obligations, including those linked to employment status, should be clearly communicated to stakeholders.

To increase clarity and transparency, some Member States have issued guidance on the application of the national tax regime to collaborative business models, and a few have considered changes to their legislation.

At the same time, the collaborative economy has created new opportunities to help tax authorities and taxpayers with their tax obligations. This is, in particular, thanks to the increased traceability allowed by the intermediation of online platforms. It is already an ongoing practice in some Member States to have agreements with platforms for the collection of taxes. For example, in the accommodation sector, platforms facilitate the payment of tourist taxes on behalf of service providers. There are also cases where tax authorities use the traceability allowed by online platforms to collect taxes from the individual providers.

Collaborative platforms should take a proactive stance in (i) cooperating with national tax authorities to establish the parameters for an exchange of information about tax obligations, while ensuring compliance with legislation on the protection of personal data and without prejudice to the intermediary liability regime of the e-Commerce Directive. Member States are invited to assess their tax rules (ii) to create a level playing field for businesses providing the same services. Member States should also (iii) continue their simplification efforts, increasing transparency and issuing online guidance on the application of tax rules to collaborative business models.

The Project by the Spanish Ministry of Finance

On 30th June 2017 and until 21st July 2017, the Bill of Royal Decree XX/2017, of XX was submitted for the public consultation formality. The Bill amends the General Regulations of tax management and inspection actions and procedures and for development of the common regulations for the procedures applicable to taxes, approved by Royal Decree 1065/2007, of 27th July, and Royal Decree 1676/2009, of 13th November, that regulates the Council for Defence of the Taxpayer in order for the parties concerned to be able to examine its content and lodge the allegations they consider appropriate.

Adigital, Asociación Española de Economía Digital, that represents on-line platforms, recently published the following press release on its allegations thereon, calling on the Government to establish a dialogue with those digital platforms, in relation to the measures proposed to regulate tourist accommodation.

Thus, while what the European Commission proposes to the Member States with regard to the fiscal approach is to publish guides on how to apply the taxation and provide information both on the collaborative economy business models as well as the specific taxes to be paid. What Spain, a Member State, is doing is to pursue collaborative platforms to hand over all the personal data of the users and properties, regardless of whether these are necessary or relevant.

That is to say that, on the contrary to what the European Commission literally says and orders the Member States, that exchange of information on public tax obligations should guarantee (i) compliance with the legislation on personal data protection and (ii) the regime of liability of intermediaries established in the directive on electronic commerce (that exempts them of monitoring the data stored on their servers), Spain, as a Member State, blatantly ignores what the European Commission has to say, does not comply with either of the two limits established by the European Commission and, instead,it sets about ordering the platforms to provide it disproportionate data, by illicit means.

It is completely outrageous and only explainable because politicians are completely detached from what the man in the street feels and what the European Commission says. In our previous post on the political debate in the Senate, we already pointed out that the political class regrettably ignored the European Commission directives, we have to point out once more on this occasion, with great sadness, in relation to the Ministry of Finance.

It appears as if the government, in the absence of political support (allowing it to approve a law such as that requiring all the personal data to be requested, which is what this bill intends), is undertaking a sort of witch-hunt instead of complying with the directives it was issued by the European Commission itself, setting the two clear limits to its action: the data protection regulations and exemption of liability for the management of electronic commerce firms.

Weak points of the bill for the Taxation Royal Decree

(1)  From the point of view of Organic Act 15/1999 on Personal Data Protection, natural persons’ personal data must be guaranteed protection. To that end it foresees a duty of secrecy regarding the personal  data processed, and this may only be overcome when the natural person grants consent or when it is not necessary for any reason such as, for example, when required by a law (although one must point out, not just a mere regulation!) or a judicial requirement, for example. It is also important to point out that in order for the consent to be valid, it is necessary to know the purpose to which the personal data is to be put.

Conclusion: From the point of view of Personal Data Protection, various essential aspects of the data protection regulations are missing in the tax regulation bill:

(2) On its part, what Directive 2000/31/EC on Information Society Services and Electronic Commerce foresees is an exemption of liability for on-line platforms, that consists of them not being held liable for the content hosted on their servers, as long as the following conditions are fulfilled: that the role of the platform is merely technical, automated and passive. That is, that the platform has no knowledge of the content hosted on its servers.

And due to that waiver of liability established as a general rule by this electronic commerce directive, it gives rise to a highly important consequence for the collaborative economy, that was especially emphasised by the European Commission in its Communication of 2nd June 2016, which is that collaborative platforms do not have the obligation to monitor or actively search for illegal activities among their servers or data bases.

On that basis, resorting to reductio ad absurdum, we ask whether, if the platforms are not obliged to monitor to actively seek illicit acts, how can the State impose the obligation on them to search for data that, moreover, is legal? What might be the legal justification for that monitoring?

(3) Another matter to be dealt with is that the bill covers all on-line platforms and thus includes different business models of the many that exist within the platform economy, and on which, in most cases, part of the information requested by the Ministry is disproportionate, as we shall see below.

(4) The fact is that one of the essential points is that the tax regulation bill does not comply with the principles of efficient regulation that have been defended so often by the CNMC (Spanish National Stock Exchange Commission) and other defence of competition authorities, for the following reasons:

One may thus clearly observe the absolute lack of need and proportionality of the regulation proposed.

We trust that the summer holidays will bring clarity and lucidity to resort to the channels of dialogue with the platforms, abiding by legal recourse and the recommendations made a year ago by the European Commission.