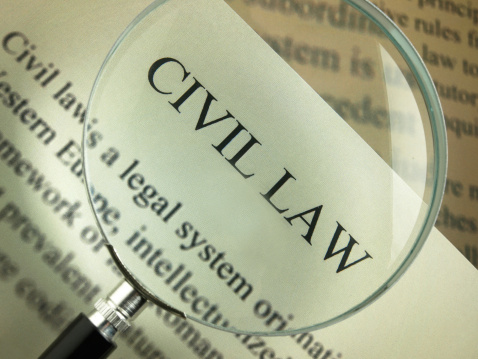 As Royal Swedish Academy of Sciencies underlines, modern economies are held together by innumerable contracts. Furthermore, as such relationships typically entail conflicts of interest, contracts must be properly designed to ensure that the parties take mutually beneficial decisions. That’s the reason why the new theoretical tools created by Hart and Holmström are valuable to the understanding of real-life contracts and institutions, as well as potential pitfalls in contract design.

There are very good news for the sharing economy that Noble Prize in Economic Sciences awards two economists focused on one of the main legal foundations of the economy: the contract theory.

“If institutions followed communities and reputation as the basis for the trust, why would we return to the system these new structures supplanted? Well, relying on contracts and property rights requires a reasonable level of scale for each transaction. Writing a contract is costly. So is hiring a lawyer. This makes sense when you are a business buying millions of dollars of parts. For a two-night stay in Paris, it seems like excesive overhead.”

And concludes that “we might need a different trust infraestructure to emerge for the sharing economy. (…) After all, history suggests that different types of economy require different approaches to regulation.”

It is important to underline that civil contracts are the base of the economy. Not only such millionaire contracts referred by Professor Sundararajan, but the dozens of small agreements that we reach every single day, even without any signature at all (i.e. when buying morning’s bread, newspapers or popcorn at the cinema). We want to focus on the little and common agreements.

Spanish Civil Code establishes the existance of a contract, disregarding if it is written and signed, or not (Section 1254). It also establishes the “freedom of agreement principle”: citizens may establish as many and different contractsas they want, as far as they are not against law, morality or public order (Section 1255).

The Contract Theory effects on the Sharing Economy

We do not pretend to sum up all the Contract Theory here, but to underline some of the relevant effects that this theory has on the sharing economy.

For that purpose, we are going to take into consideration a “pure” sharing economy model (i.e. Airbnb or BlaBlaCar) in which the marketplace does not interfere in the object of the contract, as far as peers are the ones that agree the service and its price.

According to such pure sharing economy model: