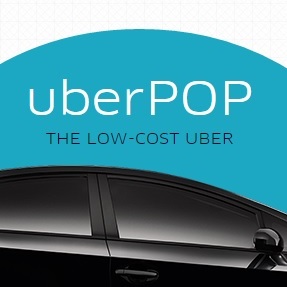 UBER case (I): summary of the essential matters

It is certain by now, due to the repercussion in the press, that we all know that someone in Europe has declared that UBER provides transport services, and not collaborative platform services.

But who has said it and why? What is its basis to affirm that? What repercussion does that have on UBER users? And how does it affect the rest of platforms that are in the sharing economy?

To start off with, and in order to attract the interest of those who are not fully up to date on the subject, we must start by saying that, with regard to the legal grounds, nothing new has been declared regarding the collaborative economy. Nobody should tear their garments, because the European Commission already stated, a year ago, in its Communication on the collaborative economy, what is now applied  – indeed for the first time – by the Attorney General in the UBER case, precisely to exclude it from this new economy.

However, let us take it in parts, starting from the beginning.

Opinion of the General Advocate

Although initially foreseen last 6th April, what was notified on 11th May this year were the conclusions by the Attorney General, Mr Maciej Szpunar, before the Courts of Justice of the European Union in Luxembourg (CJEU), in the prejudicial matter raised by Commercial Court No. 3 of Barcelona, in the UBER case (see Press Release of the CJEU and full text of the Conclusions).

General Advocates, far from being counsel to the parties, as their name might indicate, are jurists of recognised prestige whose function consists of independently proposing a solution to the matter concerned to the Court of Justice. It is from there on that the Court begins to deliberate on the case, that shall subsequently decide, not necessarily, although generally, in the sense of the pronouncement by the General Advocate.

Thus, the Conclusions by the General Advocate are doubly non binding, in the sense that: (i) the General Advocate’s opinion is not binding on the Court of Justice and that (ii) on this occasion it is a prejudicial matter, put before the CJEU by a Court in a Member State of the European Union, so it shall ultimately lie with it to decide. “The Court of Justice does not resolve on national litigation, and it is the national court that must resolve the litigation pursuant to the decision by the Court of Justice. That decision is also binding on the other national courts that hear a similar case”  – states the CJEU in its Press Release.

However, this is undoubtedly a very relevant finding, due to it being long awaited, and due to the consequences of this to distinguish collaborative economy platforms from those who are not.

The case of UBER in Spain

UBER was the first online platform (we shall not say of the collaborative economy, as the company itself claims it does not belong to it) that was sued in Spain for unfair competition in the year 2014.

On 9th December 2014, Commercial Court no. 2 of Madrid, chaired by Judge Sánchez Magro (the same that issued judgement on the BlaBlaCar case in February 2017) handed down an Order by which it admitted some extremely injunctive measures that had been requested by the Asociación Madrileña del Taxi (Taxi Association of Madrid) on filing its suit. Among legal circles, great attention was attracted to the fact of the measures being adopted in an extremely injunctive manner, “inaudita parte”, that is, without granting UBER the possibility of defending itself and of being heard. Now, without reaching a position on the underlying matter, the Judge considered that the cases arose to admit the injunctive measures and ordered cessation of providing UberPOP services in Spain, to provide transport services for travellers and prohibiting access and the content of its web page and its computer applications.

A short time later, on 29th October 2014, Asociación Profesional Élite Taxi had filed another ordinary suit against UBER before Commercial Court no. 3 of Barcelona, applying to declare the activity by UBER (then only UberPOP) to be declared to constitute unfair competition, due to breach of regulations, and to order it to cease its conduct. The counsel to UBER alleged that the platform provided information society services and did not provide the underlying service of transport (to see the difference between these, we recommend you visit our post on the legality of collaborative platforms). Considering the complexity and novelty of the matter, on that second occasion, the Judge decided to raise a prejudicial matter before the CJEU on 7th August 2015, that in fact he formulated through different matters.

Starting point: Basic matters to be taken into account to understand the matter.

In order to understand both the questions raised as well as the ultimate term of the matter, it is necessary to have a clear idea of the following points:

I. The purpose of the European Union is to create a sole European internal market between the Member States, that aims to be a space free of frontiers and barriers of all kinds. To that end, the system rests upon a series of basic elements, that constitute a juridical framework for the purpose of effective implementation of that internal market. Among those elements, Four Fundamental Liberties stand out, which are free circulation of merchandise, workers, services and capital.

Free provision of services is recognised in the Treaty on the Functioning of the European Union (TFEU) by prohibition of restrictions on free provision of services within the Union for the nationals of the member states established in a Member State that is not the receiver of the service. The essential factor in the right to free establishment is being able to perform activities under the same conditions as each Member State imposes on its nationals.

II.  In order to understand the object of the debate, it is important to bear three documents in the European Union scope in mind, that we shall cite all together at the beginning, to be able to start with prior knowledge. The first two are Directives:

2. The Directive on services in the internal market [Directive 2006/123/EC], which is relevant for this matter in two aspects:

Because it prohibits the Member States from making provision of services subject to restrictions, such as regimes of authorisations, especially when these are discriminatory, unnecessary and unjustified due to an imperious reason in the general interest and disproportionate for that objective of general interest.

And because its scope of application excludes transport services that, thus, a sensu contrario may be subject to regimes of authorisation or licences prior to the activity.

Now, as may easily be concluded, if we apply both directives and speak of an information society service, it turns out that, as it is a service, pursuant to the Services Directive, no restrictions may be imposed, and much less ones that are (i) unnecessary and/or (ii) disproportionate for the general interest one intends to achieve. However, in addition to these Directives, there is a third document that it is important to take into account:

3. The Communication of the European Commission of 2nd June 2016 titled “A European Agenda for the collaborative economy” that establishes a series of non binding directives, although these are highly relevant as they have the object of conveying how, in the opinion of the European Commission, and until further regulations are issued, the existing Community regulations must be interpreted with regard to the reality of the collaborative economy. Now this Communication, in addition to supporting the legality of collaborative platforms, underlines two essential points to understand the object under discussion in the UBER case:

Now, having clarified all this, we shall analyse what has happened this week.

The prejudicial matter and the juridical procedure

To sum up, the Court of Barcelona raised the following prejudicial matters (See Link to the original text)

The oral hearing of the proceedings were held in Luxembourg on 29th November 2016, with discussion of up to what point UBER could be considered to exercise a sufficient level of influence or control over its drivers. Specifically, it was noted that, of the three essential criteria according to which the European Commission may presume a sufficient level of influence or control by platforms over the users providing the services, UBER (i) set the price and (ii) set the key contractual conditions for its drivers, however (iii) it did not own the key assets, the cars.

Since then, prejudicial matter was pending resolution, awaiting publication of the Conclusions by the Attorney General and subsequent deliberation and decision by the Court, that is awaited for the year end.

Definitively, and gathering the starting points with the questions put to the CJEU, the underlying matter fundamentally lies in discerning two points:

The opinion by the General Advocate, summarised and defined in the basic points.

To sum up and as we shall publish another post that concentrates more on the relevant juridical matters for those who may be interested in the in-depth juridical debate, what the Attorney General says in his Conclusions is the following (with the specific paragraphs of the Conclusions in which each particular is affirmed being quoted in brackets):

1. UBER is not collaborative economy

2. UBER is not a mere intermediary

That UBER cannot be considered a mere intermediary, because

That is, the reciprocal exclusivity is decisive, in the opinion of the Attorney General, to consider it a sole service, in which organisation of the platform stands above provision of the underlying service (of transport) by the drivers.

3. UBER provides a sole service: that of transport

That, considering everything stated, it is concluded that:

That due to all this, the reply to the prejudicial matters raised is as follows:

Effects of this finding

In successive posts, we shall analyse the effects this finding by the Attorney General has on the platforms that are truly in the collaborative economy, for the urban transport sector, or from a juridical point of view.