Warning: Creating default object from empty value in /home/customer/www/legalsharing.eu/public_html/wp-content/plugins/ninzio-addons/optionpanel/inc/class.redux_filesystem.php on line 29
 What’s behind the "fines" against BlaBlaCar? - Legal Sharing
+34 600 016 317 - info@legalsharing.eu

What’s behind the “fines” against BlaBlaCar?

Last October 17, 2016 a Spanish newspaper published that the Transport Council of the Regional Community of Madrid had sanctioned the sharing economy marketplace BlaBlaCar and two of its members, with fines up to 16,800 euros.

According to the newspaper, sanctions would have been the result of two separate administrative procedures that would aim to punish both (i) the alleged activity of the company to provide public passenger transport services without being the holder of a license for this and (ii) the activity of two of its users for allegedly providing professional transport services without a license.

The newspaper quoted the Transport General Manager of the Regional Community of Madrid claiming that “the underlying problem had nothing to do with the ridesharing service itself but with the money charged for it”.

BlaBlaCar published two press releases on its website in order to calm its users. The first statement was published the same day, on October 17 2016, confirming that: (i) BlaBlaCar had not received any notice of commencement of any disciplinary proceedings against them, and (ii) that no users of its platform had been sanctioned. As explained by the company, disciplinary proceedings against two of its members had been opened last August 2016, but their final decisions were still pending. This was also confirmed later on by the own Transport Council of the Community of Madrid. Therefore no sanctions were able to have been imposed yet. And those procedures would only affect two users, not other ones anyway.

Two days later, BlaBlaCar published a second communication on its website, under the hashtag #BlaBlaCarIsLegal, announcing that the company will denounce the Community of Madrid before the European Commission for breaching the European law. According to the European Single Market, BlaBlaCar must have both the freedom to provide services and the freedom of establishment within the entire territory of the European Union. They also reported that they had met the Directorate General for Transport of the Community of Madrid, to express their discomfort and claim that the company must be able to operate in Madrid with the same freedom and conditions with which it does in the rest of Europe.

There are several points that remain unclear and deserve a comment on our part:

The news included alleged express words of the Transport General Manager of the Community of Madrid regarding an administrative file that should remain confidential according to Spanish Law.

In this regard, it should be recalled that, as stated by the company, administrative procedures are not public. Its content is confidential. Therefore its diffusion is a serious violation not only of the duty of confidentiality by the public authorities, but also of the corresponding right of all citizens to get the security and confidentiality of the information contained in their procedures before the Public Administrations.

2. The substance of the matter

However, in his remarks, the Transport General Director of the Community of Madrid said that the real issue was not related to the activity itself (not then coinciding with the purpose of the administrative procedure?). He said that the real issue was the money really charged for the service and whether such amount covered expenses or costs (He said nothing about profit).

There are two important questions:

2.1. The service provided by both the platform and its users.

From a legal point of view, it is important to understand that:

(I) “pure” collaborative platforms (i.e. those platforms whose business model is based exclusively on enabling the free match of supply and demand) provide only information society services, as they are basically Internet platforms. But as far as platforms are not part of the physical service provided by its users (accommodation, transport, etc.) they are not involved in the subject of the contract between users, nor they define the physical service or its price, which is set by users. The platform only acts on a “virtual” basis.

(Ii) Members are those who provide the physical service in question (either accommodation, transport, etc.).

(Iii) The fact that the platform charges a fee for its internet services does not change the legal nature of any of the above.

The law is clear in that regard. For this reason, it is not legally valid: (i) nor that it is attributed to the collaborative platforms any transport activities, since they only provide Internet services without being involved in physical services, nor (ii) that the legal nature of private transport provided by the users of these platforms is changed, without any legal basis, to a supposedly professional nature (for which an enabling title or license would be needed).

Meanwhile, BlaBlaCar said in his first statement that: (i) contributions received by their users never exceed the costs of travel, being less than 14 cents per kilometer, and (ii) in any case, the criterion established by the Observatory of Transport and Logistics of Spain amounts up to 28.02 cents per kilometer.

We may confirm that we are not aware of any rule so far which sets the supposedly “legal” criteria quoted by the Community of Madrid.

Given the importance of the issue and the consequences for the platform and its three million users in Spain, we understand that this is one of the aspects that should be clearly established in a possible regulation of the collaborative economy, in pursuit of greater legal certainty.

In any case, beyond the numbers and regarding the economic concepts, we want to emphasize that in order a benefit or profit exists it is necessary that revenues are higher than the costs. These costs may include not only the cost of gasoline but other vehicle depreciation costs. They point is that such costs could also be included, as far as, according to the wording of the law, nothing prevents that they are also included.

At this point, it is important to remember that all these issues (which have no legal basis, as we have seen) arise meanwhile there is a legal proceeding opened against BlaBlaCar by the Commercial Court No. 2 of Madrid, whose final decision is still pending.

We are confident that the collaborative economy may be able to progress and develop without judicial or administrative obstacles or “casual” confusion of public opinion. 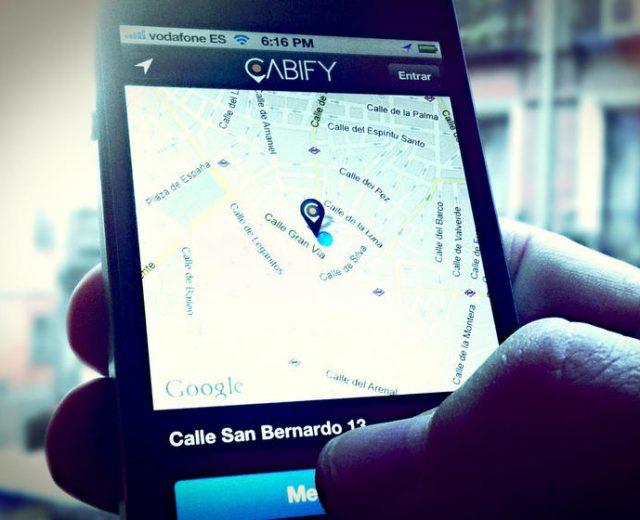